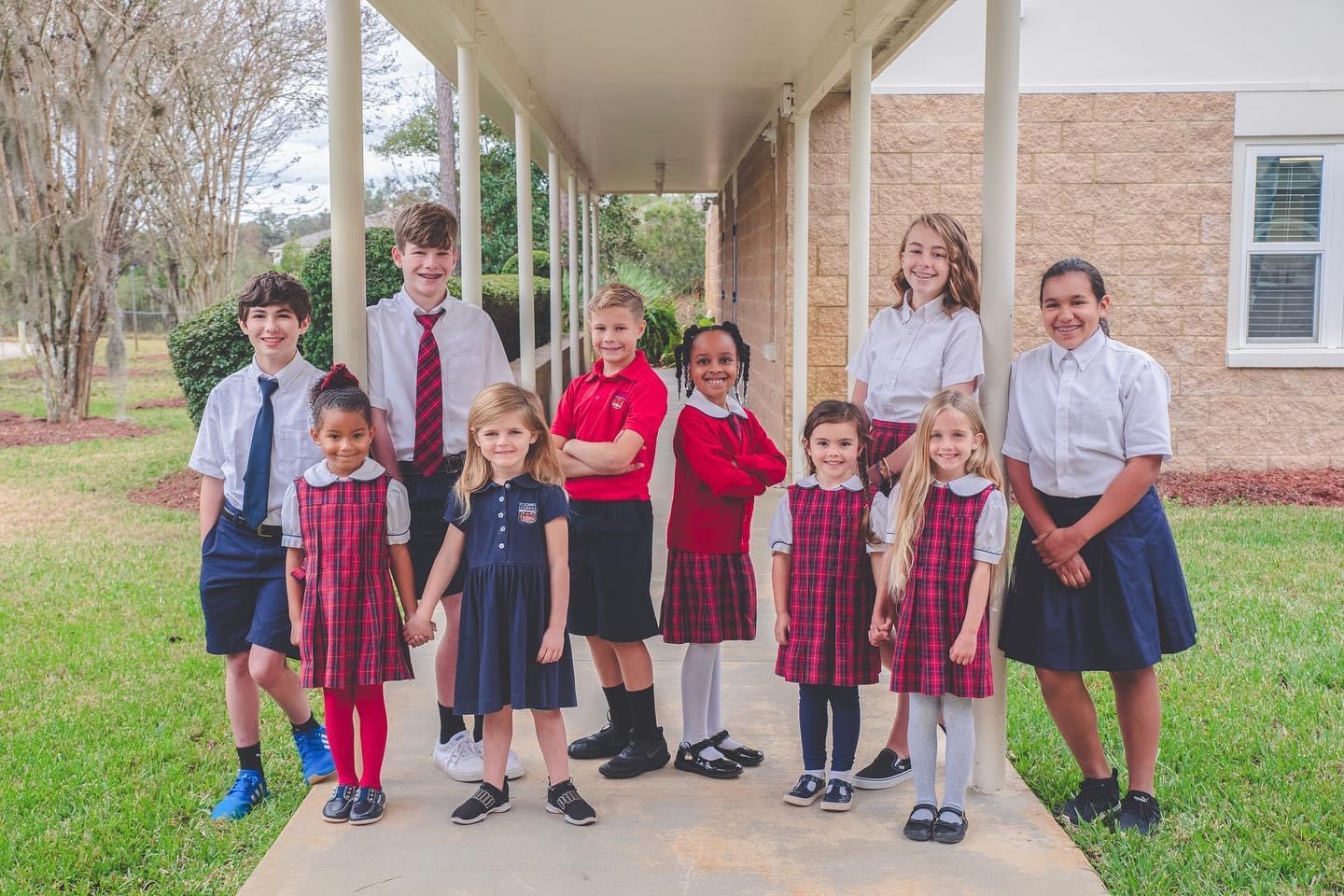 Who We Are…
St. John’s Academy’s purpose is to be a classical, Christian, college-preparatory school of impeccable reputation and accomplishment.

Classical:
As one of over 300 classical schools across the country, St. John’s Academy is rooted firmly in the enduring method and content of theTrivium. We teach according to the proven methodology of the Trivium, the three-fold path of grammar, logic, and rhetoric, which teaches children how to think, not just what to think.  The methodology is rooted in the rich heritage of Western civilization, and the curriculum trains students to become virtuous scholars who are able to articulate truth and recognize beauty.

Christian:
As an interdenominational Christian school, St. John’s Academy provides students an education with a distinctly Christian worldview, godly role models, and encouragement in their faith.

College-Preparatory:
As a college-preparatory school, St. John’s Academy provides a rigorous curriculum of academics, arts, and athletics to prepare students for college, career, and life.

Who We Are Not…
St. John’s Academy is not just another school. Most children can learn in most schools. We are not content to turn out students who merely test well and enhance our school’s statistics. We are not a school that will stick to educational norms, that will refuse to think outside the box when creativity calls us forward in the best interests of our students. St. John’s Academy does not strive for academic excellence alone, but academic excellence developed with Christian character, creativity, and leadership skills. In short, we train virtuous scholars.

Our Vision…
St. John’s Academy exists to fulfill its purpose and mission to pass on a Christian worldview to the next generation and generations to come.

Our History…
In 1947, English author Dorothy Sayers presented a lecture at Oxford University entitled, “The Lost Tools of Learning.”  Reflecting her frustration with “modern” educational trends, Sayers asked, “Is not the great defect of our education today…that although we often succeed in teaching our pupils ‘subjects,’ we fail lamentably on the whole in teaching them how to think.  They learn everything, except the art of learning.”Four decades later, Douglas Wilson of Moscow, Idaho, read her essay and found himself asking the same question as he considered his own children’s elementary education.  Incorporating many of Ms. Sayers’ ideas, Wilson developed the model for classical Christian education and wrote the book, Recovering the Lost Tools of Learning.  Since 1980, more than three hundred classical Christian schools have been established throughout the country.Inspired by Ms. Sayers’ essay and Mr. Wilson’s book, a group of parents met in the fall of 1994 and began discussing the possibility of establishing a classical Christian school in St. Johns County.  They embarked upon a course of extensive research and planning, gleaning information from private schools around the country.  Also, several individuals traveled to the Logos School (Moscow, Idaho) and The Geneva School (Orlando, Florida).  These visits were overwhelming confirmation that a classical Christian school would dramatically enrich the life of each student who would have the opportunity to attend and greatly enhance our community.

In 1995, a Board of Governors was established to prepare for the fall opening of St. John’s Academy.  With the help of a generous friend whose gift of $25,000 enabled the school to move ahead with confidence, three outstanding full-time teachers were hired to teach Kindergarten through Grade Five.  Additionally, committed individuals volunteered to use their academic training and talents to complete the faculty.  Finally, arrangements were made to install a portable classroom building on the property of Ponte Vedra Presbyterian Church.

Twenty-two students were enrolled in the six grade levels.  An additional grade was added annually, achieving a complete high school by the 2002-2003 school year.

By God’s leading, a school campus became available in St. Augustine, Florida.  With the help of a $500,000 donation from Brett Roby, a relative of an involved family at that time, enabling us to buy property in Ponte Vedra and later sell it, we were able to purchase the campus in St. Augustine, moving the school in the summer of 2002.  St. John’s Academy has graduated six virtuous scholars, cultivating an appreciation and recognition of the good, the true, and the beautiful.  We are leading our students through the wonder of learning to the wisdom of God. 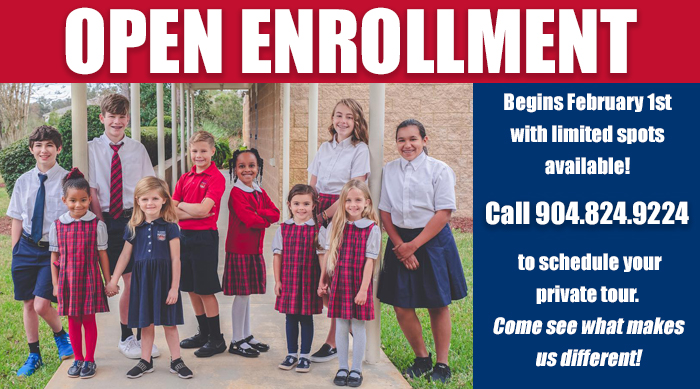